Will a Capital Campaign Cannibalize Your Annual Fundraising? 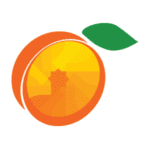 This is a blog post by Amy Eisenstein, ACFRE, and Andrea Kihlstedt, co-founders of the Capital Campaign Toolkit.

Are you worried that if you ask for big campaign gifts, donors won’t give smaller amounts towards your annual appeals?

Having nightmares about raising $10 million for a new building…just to watch your year-end goals get missed?

After all, how will a donor feel if after giving $100,000 to your capital campaign, you go back and ask them to renew their $2,500 annual gift? You value their support, but you don’t want to feel like a burden.

But when you unpack what’s really going on for the donor and the organization, you’ll learn that your worries, while worth considering, are likely unfounded.

In fact, in our extensive experience with organizations that have been through capital campaigns, annual fundraising tends to increase during those periods rather than decrease.

In this blog post, we’ll cover four points to help you understand why:

Point 1: People who give generous gifts to your capital campaign care about your cause.

Donors invest in your organization to help you accomplish your mission.

Capital campaign donors want to help you build a new facility or upgrade your current building. Why? Because it will help your organization expand and improve its service! These generous donors care about the kids you serve, the animals you protect, or the families whose lives you improve.

Donors who give large gifts to your campaign want to make sure your operating budget is sound. So, of course they’ll continue to support your operations through annual giving!

Point 2. For lots of donors, recurring and campaign gifts are different.

Many donors are in the habit of giving annually to your organization. Maybe they give $25, $500—or even $5,000 a year. They might increase that amount over time, but annual gifts tend to be a quite stable part of your revenue streams.

But just because a donor gifts you $5,000/year, year after year, doesn’t mean that gift is the donor’s total giving capacity.

Donors who give consistently every year calibrate their giving with the intention that that gift will be recurring. They already expect to give at that level year after year! These recurring gifts come out of readily available funds—we can think of those as “checkbook gifts.” For the donor, they may seem more like household expenses than like extraordinary acts of generosity.

Capital campaign asks are different: they’re out of the ordinary. A one-and-done gift that can help your organization move to the next level, making the impact of their annual giving even greater.

Because these gifts are different, so is the donor decision process. They might give those gifts from assets rather than cash. And they may have to involve other people in the decision process.

Large gifts might involve more conversations with people in your organization, too. A donor could want to know more about your plans and case for support with your Executive Director—or maybe the donor will want more information on your organization’s finances.

But many donors who give annually at low levels can make larger gifts if you ask for them. And, they can make them in addition to the regular gifts they are already making.

Do you feel like asking for capital gifts on top of annual fund gifts is like springing a second ask on top of a first?

In a campaign year, as you head into your annual fund season, you should segment your list. Separate out the donors you know you will be asking for capital campaign gifts in the same period. That way, you can treat them differently so they know you’ll be asking for two gifts.

There are two ways to go about this:

If a donor says that they are only able to make one gift, let them know that your annual funding is of primary importance. By highlighting the importance of annual fundraising, you ensure that your campaign won’t undermine that all-important financial life-stream for your organization.

Finally, and perhaps most importantly, don’t underestimate the power of the capital campaign! It can breathe new life into your organization and revitalize your donor relationships. Here are a few reasons why:

Capital campaigns are major investments of your time and resources to achieve large-scale benefits for your mission. As such, many organizations take them as the perfect opportunity to make a range of capacity-building investments that they’ve been putting off. Plus, a campaign’s intense focus on relationship-building will strengthen bonds with stakeholders while giving your team plenty of hands-on experience in cultivation and solicitation strategies.

Taken together, the increased investments and the energy infused into your organization during the campaign period are likely to boost the results of your entire fundraising program over time.

Will your capital campaign undermine your annual fundraising?

The answer is a resounding no. To recap:

Capital campaigns are exciting undertakings for everyone involved, donors included. We find that they tend to increase rather than decrease overall giving to an organization by generating energy and urgency in the community. Capital campaign fundraising can certainly be intimidating, but it’s also an incredible opportunity for nonprofits ready to make the leap.

If you’re on the board of an organization that’s considering a capital campaign, there are things you need to know. This guide will help you understand your own role, and that of the entire board, during a campaign. Download this free guide today!

Amy Eisenstein, ACFRE, and Andrea Kihlstedt are co-founders of the Capital Campaign Toolkit, a virtual support system for nonprofit leaders running successful campaigns. The Toolkit provides all the tools, templates, and guidance you need — without breaking the bank. 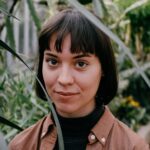 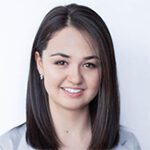