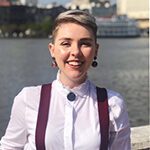 Any time you’re working with a group of people, you’ll face challenges recruiting, retaining, motivating and managing them.

And since it’s much easier to leave a volunteer position than a paid one, volunteer managers might face the most challenges of all.

Following our webinar with Tobi Johnson, volunteering expert, I saw that there are 5 top volunteer management challenges that most people are facing.

But don’t despair: there are also ways they’ve found to tackle them.

And if you’re facing any (or maybe all…) of these issues, I hope this advice from our community members can help you figure it out!

Does anyone ever have enough volunteers?

No organization I’ve worked with can say so.

And it was the same for Jamila, who headed up the volunteers at Friends of the Library at her local branch.

Her volunteers were great — dedicated, passionate, and easy to work with — but the problem was, she only had four of them.

During the school year, they had established shifts working on periodic book sales and covering the library’s welcome desk, however, during the summer things got frustrating. As soon as someone went on vacation, there was a gap with no one to fill it.

She’d posted flyers on the library bulletin board, but rarely had any interest.

“There must be more people who’d like to help, but where are they?” she wondered.

Read More: How to Recruit Volunteers from Start to Finish

The Solution: Use Your Network

Instead of relying on passive advertising, Jamila decided to reach to the volunteers she already had. She contacted each volunteer and asked them to reach out to anyone they could think of who had the time, energy, and inclination to help out at the library.

“You do such a great job, I would love for you to think about who might be able to help us,” she told them.

Most of them didn’t think of anyone right away, but about a week later a volunteer got in touch with Jamila. “I just met someone in my apartment building who’s a recently retired teacher,” she said. “She’s a big fan of the library, and looking for something to do during the day.”

Adding just one new volunteer gave everyone more flexibility. Even better, the new volunteer knew a couple people she thought would be interested in helping, too.

Timothy was involved in alumni and professional associations, but kept running into a problem: “Some volunteers are always involved and active, and you’d think they’d be a leader, but then they drop off. Or they’re very dedicated and consistent, but don’t want to be in charge of anything.”

Without a way to encourage and support leadership, the same handful of people stayed in leadership positions until they burned out. This meant the organization would lose both a leader and a volunteer.

The Solution: Create a Support System

Timothy started hosting a monthly leadership session to pass on information, share ideas about activities, and celebrate successes. The group discussed issues and challenges, and brainstormed ways to grow their organizations. This helped build community, so no one felt alone, and gave new leaders support.

Once it was more established, Timothy started inviting potential leaders to the sessions. That way, they could get an idea about what being in leadership was actually like. Some were much less intimidated, and ready to give it a try.

Sophia ran the volunteer docent program at a museum, at which the majority of the volunteers were retired and in their seventies. Most had been volunteering regularly for ten years, and were getting burnt out. Sophia saw the need to diversify her volunteer base, and made a concentrated recruitment effort for younger volunteers.

She successfully recruited some volunteers in their 30s and 40s, and was excited to bring them into the program. Unfortunately, some of her more established volunteers were not as thrilled as she was. They felt they were being replaced.

Sophia realized that she needed to show her original volunteers that she wasn’t kicking them to the curb.

So, she created a mentorship process, pairing each new volunteer with an established one to show them the ropes.

Getting her existing volunteers involved with the newer ones showed them that she still found their contributions valuable, and helped get the new volunteers up to speed more quickly — a win-win.

Challenge 4: Getting Board Members to Step Up

Karen was a board member at a professional association. She noticed that board members had a lot of good ideas… but never took any action on them.

“We did so much brainstorming about things like fundraising and improving our organization, but the same three board members were the only people who ever took anything on. It was that old saying about twenty percent of the people doing eighty percent of the work in action. We were getting tired, and great ideas were falling by the wayside.”

At first, Karen was just frustrated.

As a Type-A, get-things-done person, she couldn’t understand why people weren’t digging into the work that they all agreed was important.

But after she thought about it for a while, she realized there wasn’t really a process to take ideas to completion, or establish who was leading an initiative.

Solution: Put a Plan in Place

At the next board meeting, Karen made a motion: “The person who raises the idea is the leader of that project, responsible for follow-through.” To her surprise, her fellow board members agreed that was a good way to move forward.

This policy drastically reduced the number of ill-considered proposals: no one brought something up they hadn’t decided they could take responsibility for.

It also gave board members a greater sense of accountability for the ideas they did propose. “The more responsibility we offered, the more people stepped up to the plate and took their role seriously,” Karen discovered.

Mohammed was a volunteer coordinator at a mid-size nonprofit, helping run an afterschool program. The program was established, and had a fairly large group of volunteers, but they didn’t seem to stay for more than one school year.

“Every year, when I was leading the annual onboarding session, I saw how incredibly valuable experienced volunteers were. The people who had stayed on for two or three years had a wealth of experience, tons of ideas, and a deep understanding of our program. Unfortunately, there were always just a few of them in a sea of newbies. We were continually starting over with new people, instead of going deeper with the ones we had.”

First, Mohammed tried to figure out why volunteers were leaving in the first place.

He surveyed past and present volunteers to discover where the gaps were in the volunteer experience. He found a few big ones: volunteers felt unequipped for the realities of the program, they didn’t think they were doing a good job, and didn’t see where they fit in to the larger organization’s goals.

Mohammed was quite startled by these results, but also immediately saw where he had to make a change: the onboarding and training process. He added monthly small group meetings to the calendar and assigned a mentor to each new volunteer.

He worked with the program staff to create an assessment rubric for volunteers, so they had clear goals instead of feeling vaguely bad about their performance. He also started a monthly volunteer email newsletter to offer tips on working with kids and ideas for activities, and highlight volunteer success stories, as well as celebrating National Volunteer Month.

Read More: Why You Might Need a Volunteer Newsletter + 3 Templates

“I spend a lot more time on volunteer engagement,” Mohammed admitted, “but it pays off, because I don’t spend nearly as much time trying to drum up new volunteers as I used to. In addition to keeping more volunteers year-to-year, our volunteers are becoming even more of an asset to our organization.”

All this to say: you’re not alone.

Although all of these challenges can feel overwhelming, particularly if you’re new to volunteer management, these are all issues that were reported by many of our webinar attendees. I’ve also noticed them in organizations I’ve worked with over the years.

And even though addressing them might feel impossible at times, other volunteer managers like Karen and Jamila are there to provide a great blueprint for you to follow.

And now I’m turning to you to help pass on advice as well.

Read More: How To Create A Volunteer Engagement Strategy that Actually Works

What strategies like online recruitment do you have for other volunteer managers? What did you find most helpful from this post? Let me know in the comments!

This post was originally published in May 2015 and has since been updated. 7 Reasons Why You Need a Volunteer Onboarding Process How to Prepare the Perfect Volunteer Recruitment Email